A River Between Us goes public.

I met Jason two fall chinook seasons ago when he and Joel LaFollette came down to the south coast to fish with me.  Over the course of a few days of fishing together, I learned of this amazing conservation effort for the Klamath River.  Its an epic story of bringing folks together from very divergent interests and just getting them to talk to one another.  Over the course of four years, the people of this community came together for the good of all. 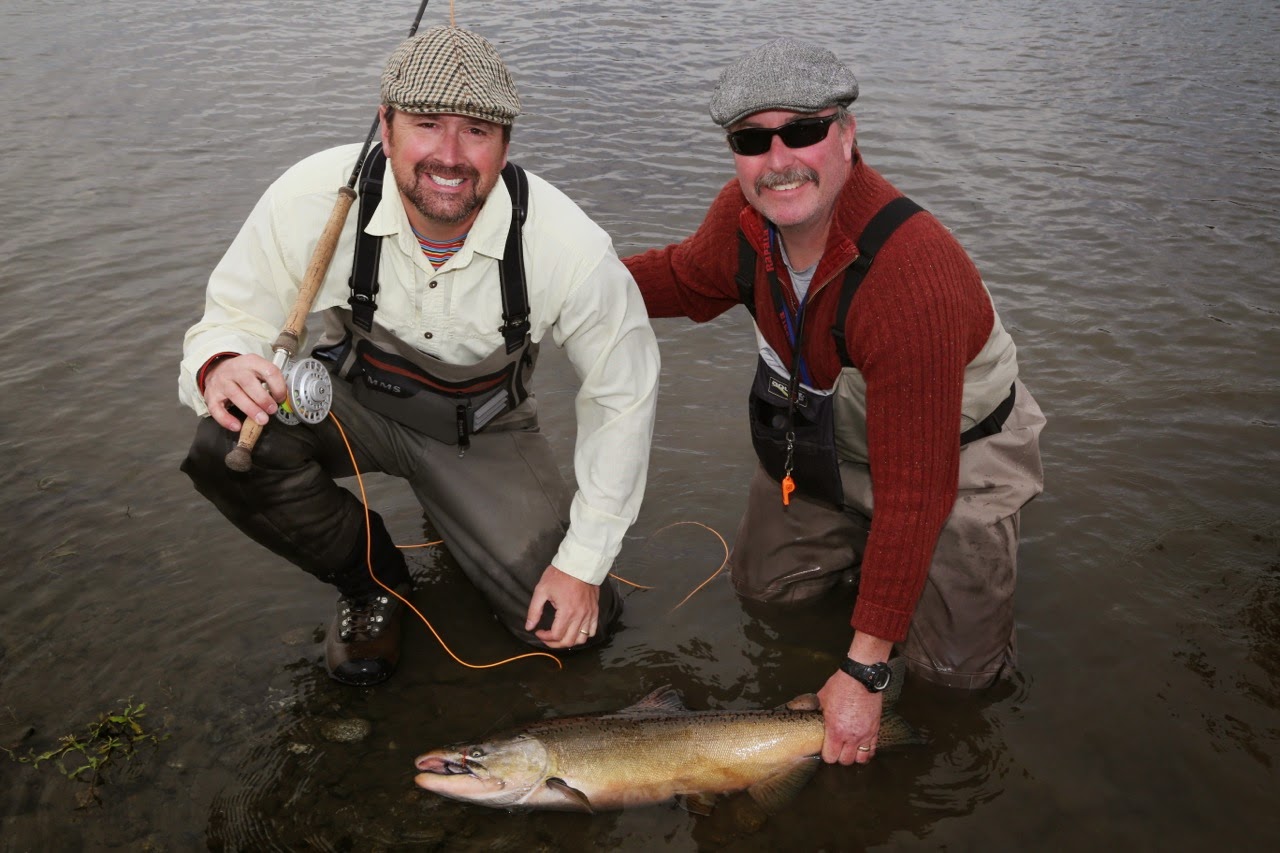 Jason with one of the chinook he caught.

Jason sent along an e-mail to me yesterday, letting me know that this project - that he's devoted the last four years of his life to, is going public so that everyone can know what the people of the Klamath basin are doing for each other, the river and the salmon.
Well done Jason!
Posted by Dean Finnerty's fishing and hunting at 8:06 AM