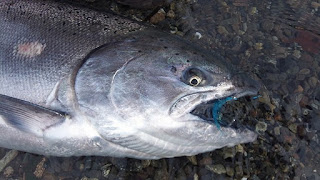 My 7th annual "Salmon Slug Fest" with Don Robert's ended today with an absolutely epic day.  We arrived at "the ranch" about an hour earlier than we should have.  With an hour to wait for good light, I decided to get after them with a new pattern I'm working on.  It's a small ghost shrimp pattern that incorporates...drum roll please...little tiny chem-lights.  I picked them up recently from the folks at Spirit River. One pattern incorporates a pink chem-lite, the other one has a bright green lite.  I chose the green one to start off my day. It was really amazing watching this little green "bug" screaming through the air on each false cast and the eerie glow the fly emitted as it sank into the clear, pre-dawn water.
Dawn broke and the early light increased until I could clearly see the opposite shoreline some 90 feet away as the little glowing shrimp fly began its swing.  Salmon swirled on the surface every where around the fly. A moment later the line came taught and my first fall chinook of the morning tore off into the backing. 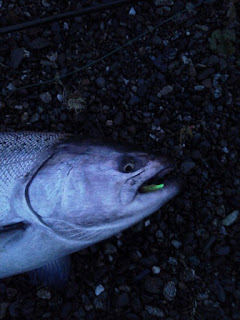 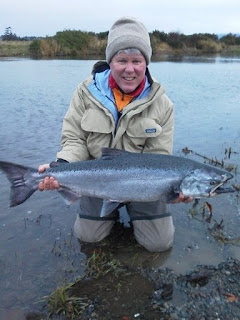 Don Robert's with a nice native from early this morning.  He ended the day with more fish hooked than I could honestly say.  It seemed every few minutes for several hours he was into another fish. 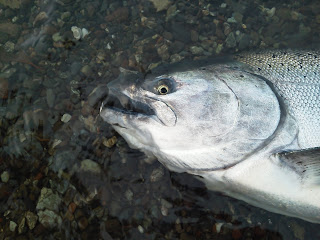 So now the day is done.  I'm home, Don is heading back to Prineville and I'm already dreaming about next November and our next week long, annual Salmon Slug Fest.  I can't wait! ﻿
﻿
Posted by Dean Finnerty's fishing and hunting at 9:07 PM 3 comments: 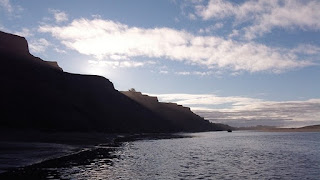 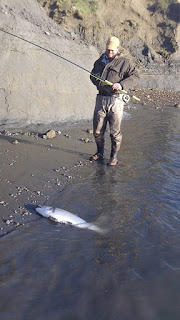 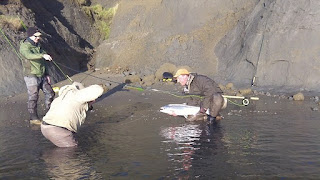 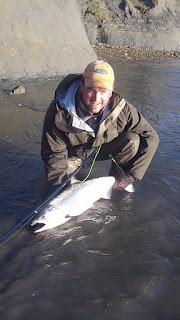 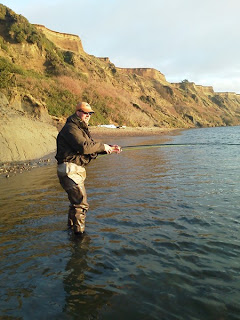 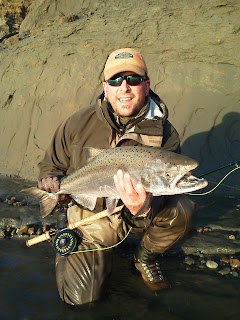 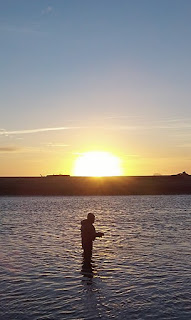 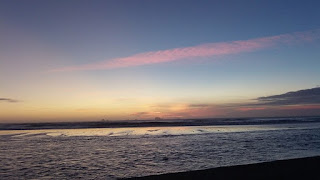 What a great day! Can't wait for tomorrow.

﻿
Posted by Dean Finnerty's fishing and hunting at 9:01 PM No comments: 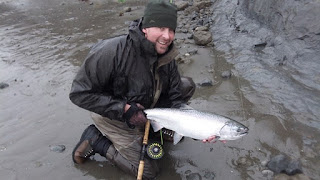 Mike Feiger from came all the way from Idaho to experience fall chinook on the fly. He went two for two today on nearly identical hatchery fish. 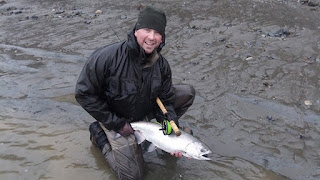 Mike's second fish of the day.
﻿Mike Williamson (also from Idaho) landed a gorgeous native that was released and we had one other fish on that came un-pinned before posing for a pic.
We'll be back after 'um again tomorrow, wish us luck!
Posted by Dean Finnerty's fishing and hunting at 8:04 PM No comments: