There was a period of time when "experts" felt that leaving natural wood in streams was bad for cold water species of fish.  Back in the 60's, after the big flood of 1964, local, state and federal agencies with the help of well intended volunteers went out to streams and actually removed every large piece of woody debris they could.

They believed that all the wood in streams caused too much damage during high water events.  Now we know better. 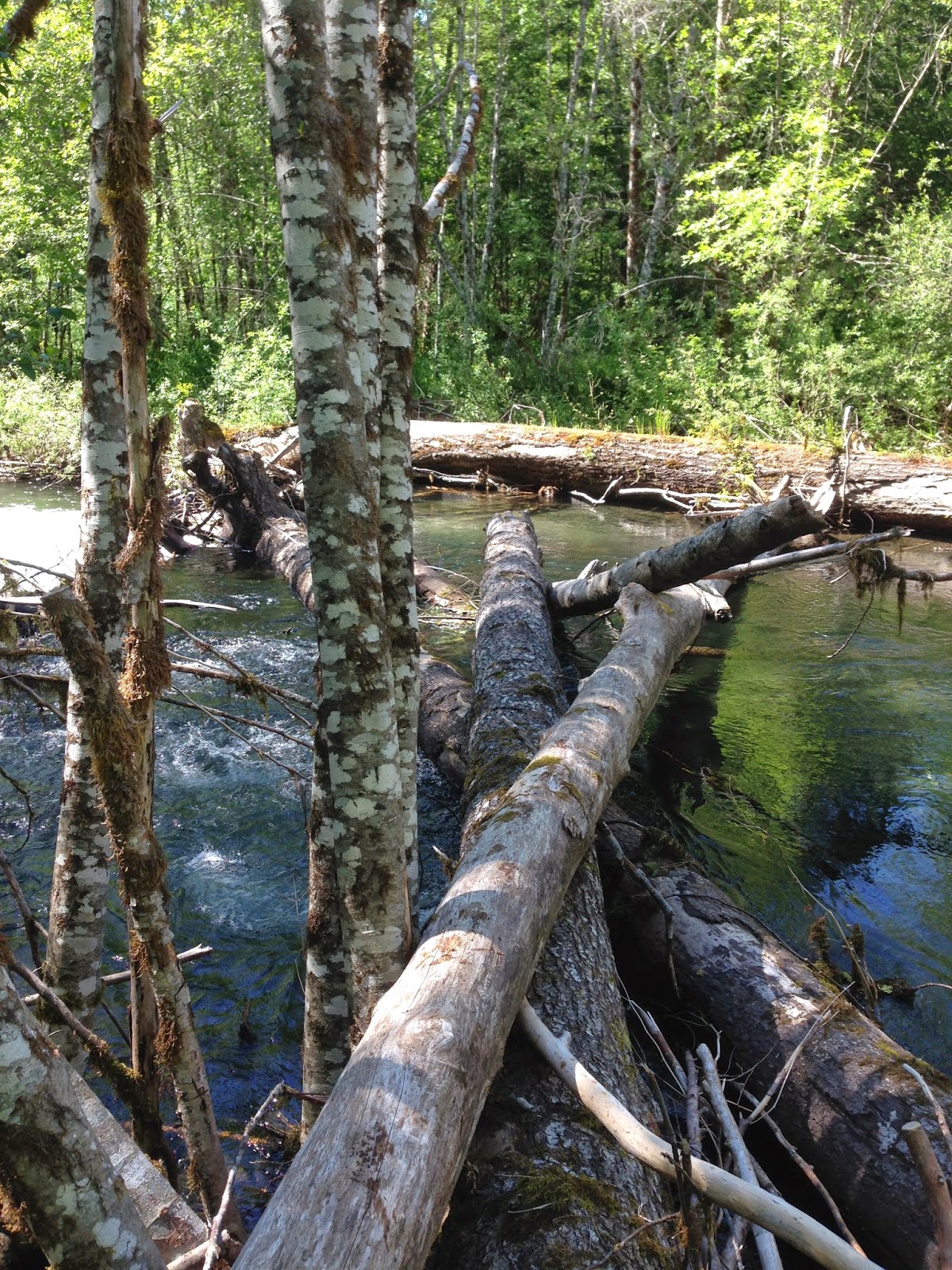 Placing large logs in streams, root wads and all, greatly enhances the stream habitat and creates the most diverse habitat. 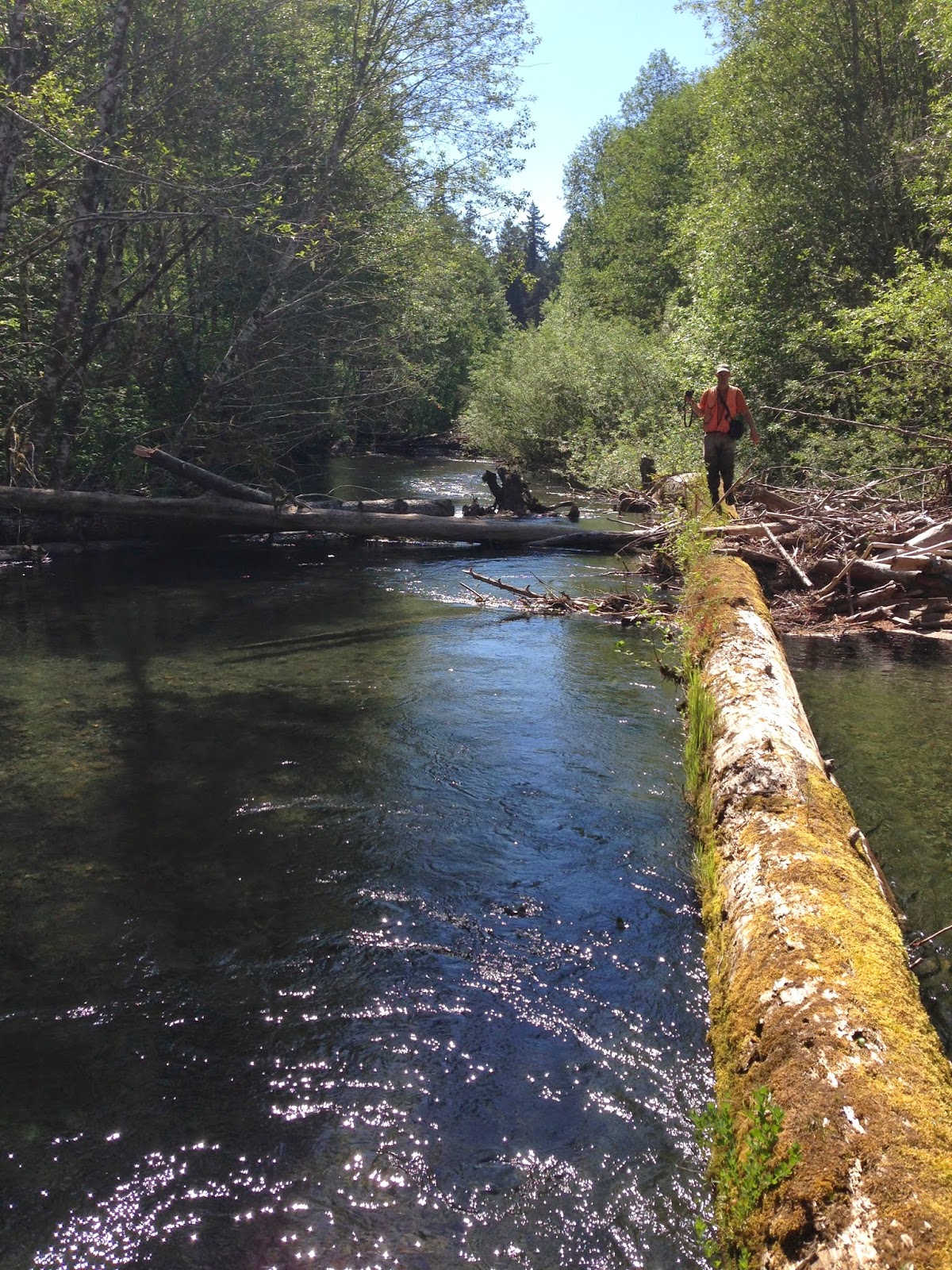 This woman-made log jam, created by the efforts of the USFS on the upper McKenzie (thank you Kate!) was placed about three years ago. 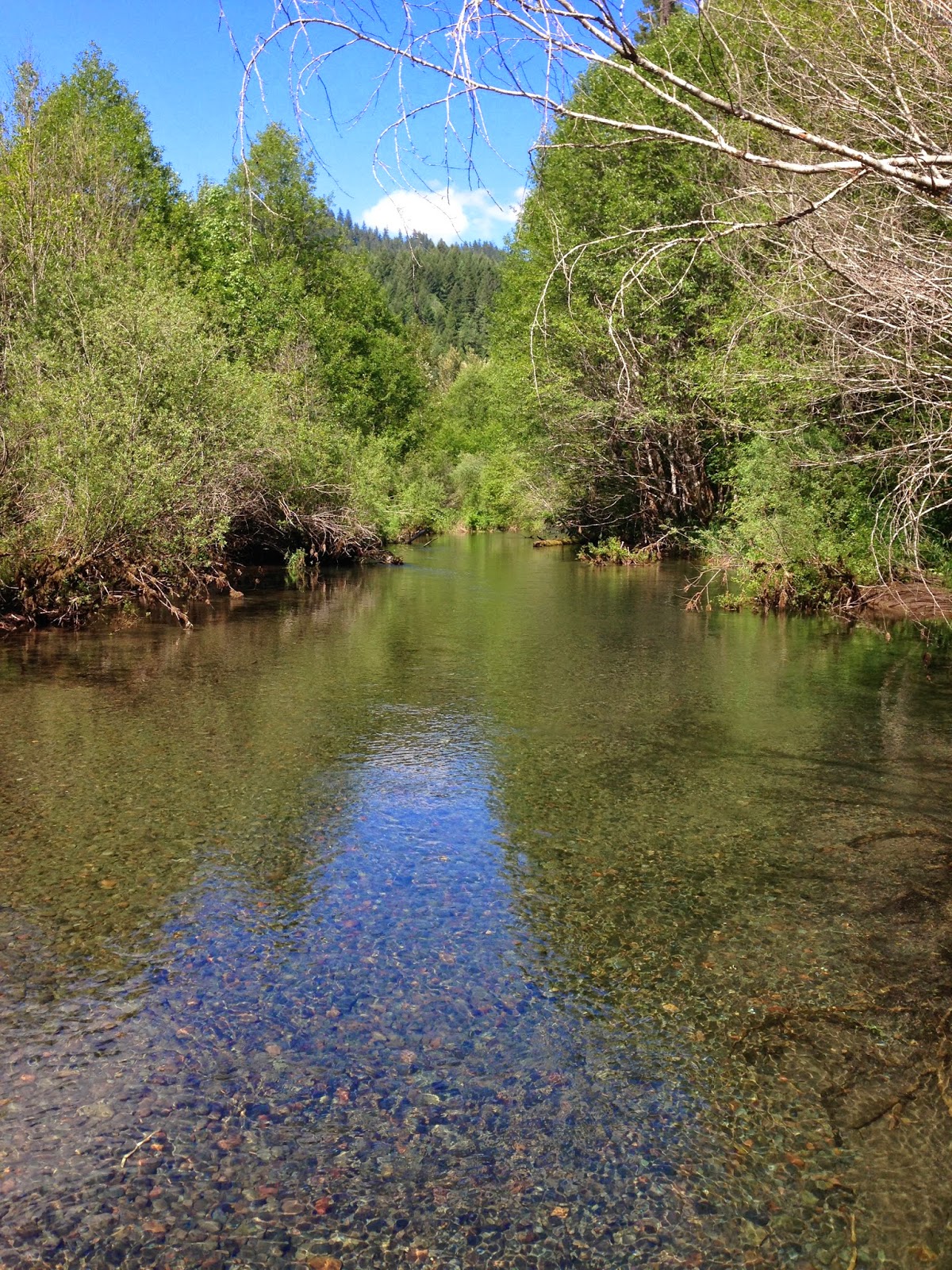 This long, easy flowing pool with spawning gravel "as far as the eye can see" is the result of those efforts. 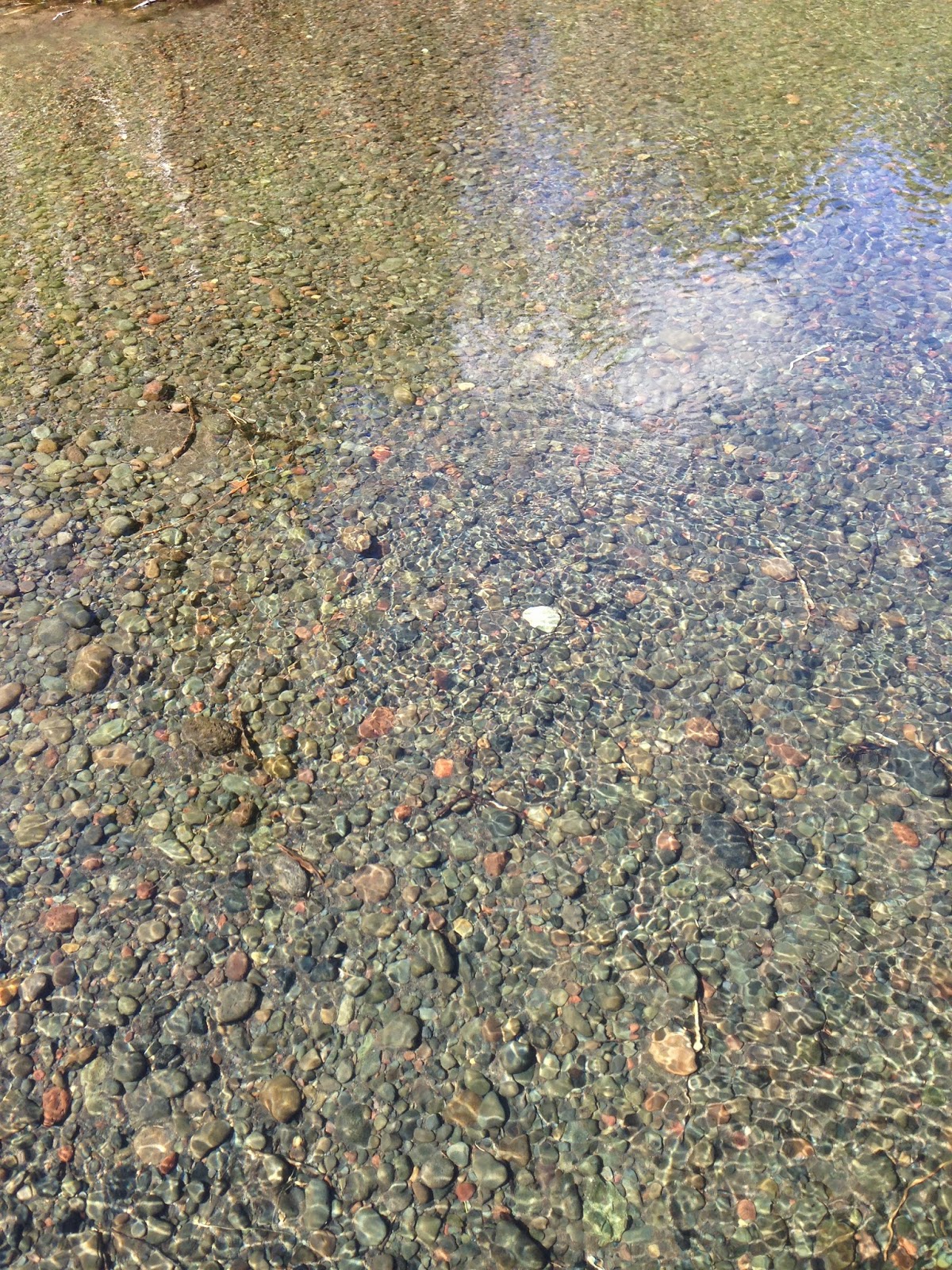 The log jam allowed for the high water from the previous winters "high-water" events to allow various sizes of gravel to settle to the bottom and create amazing habitat for spring chinook, bull trout, cutthroat, rainbow trout and lamprey.  All of these species have recently returned to this side channel on the upper McKenzie to spawn and rear their young.

So here's the question I would pose;  Do we spend $$$$ to rear fish in the local McKenzie hatchery that will continue to allow us fish (trout, steelhead and salmon) to pursue as long as we continue to provide funding for the hatchery...kind of bucks for fish, or do we invest in habitat and restoration projects like this, that will provide fish for the next hundred years without additional investment?

Don't misunderstand, I'M NOT OPPOSED TO HATCHERY FISH!  I don't subscribe to the idea that if your into native fish, that your opposed to hatchery fish or vice a versa.  That's just not using your thinking cap!  There is no doubt that there is a place for hatchery salmon, trout and steelhead in Oregon waters.  The upper Willamette "Town-Run" steelhead fishery is a perfect example of how hatchery fish can be so important to fishing opportunity, harvest opportunity etc.  Its an awesome example of how much "good" a hatchery can do.  But I'm also realistic about our ability to do "mother natures" work.  Thousands of years of genetics and specialization can not be improved upon by man.   Another example of this is the North Umpqua winter steelhead run.  It's strong, its healthy and damned sure doesn't need us meddling in it.  No need to plant hatchery fish here.  We just need to manage it. That means dealing with the throngs of anglers trying to catch these magnificent fish.

We've been trying to bring back salmon and steelhead numbers (not even historic numbers, just fishable numbers) for over a hundred years.  I don't know about your experiences, but I promise you, my fishing today is no where near as good as it was in the 70's and 80's.  Even with our improved gear and techniques, its nothing like it was when I was in my teens and twenties.

I submit that its NOT about hatchery vs. natives.  Its about looking at each watershed and making intelligent decisions about how best to give us fish.  Some watersheds are so degraded that we have no other choice but to plant hatchery fish. Fine, do it. Those systems should get a lot of hatchery fish.  Other systems need a boost from us.  Placing large woody debris in the system, making other habitat improvements to repair the damage from a hundred-plus years of poor stewardship and let mother nature do her part.  Other systems don't need our meddling.  Good habitat, good strong runs of fish.  No need to plant hatchery fish, just manage it for the throngs of us humans that currently inhabit this big blue ball spinning through space.  How 'bout we start the conversation and stop all the emotional drama!

These are complex landscapes with complex issues that involve not only our rivers, but our oceans as well.  Its seems making obvious changes to the ways we deal with our cold water and cold water fishes is a great place to start.  Look how the Columbia has responded in recent years to simply increasing the amount of water being spilled over all the dams.  Obvious, simple stuff.  As easy as putting some wood in a stream.

Let me know where you'd like to meet for a cold beer or a cup of coffee to have this conversation.

Posted by Dean Finnerty's fishing and hunting at 6:20 PM