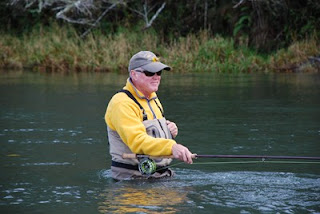 Don Robert's working a favorite run on one of our coastal salmon rivers a few years ago.
I met Don Roberts about a dozen years ago.  Nick Amato got us together back when I was doing a lot of salmon fly fishing out on the ocean.  Nick thought Don and I would hit it off.  He was right.
Since then Don and I have had some great adventures together.  We've chased mostly salmon and steelhead.  All of it on Oregon rivers.  We've fished the North Umpqua, upper Willamette, McKenzie, Deschutes, the lower Umpqua and my south coast Salmon rivers.  For years now, every November,  Don has joined me for a week or so of salmon fishing that Don has come to call the "Annual Salmon Slug Fest".  This year was no different, and as usual, we caught fish, spent hours talking fish politics, fly patterns, spey rods, friendships and life.  We took photo's, shared meals and enjoyed each others company. 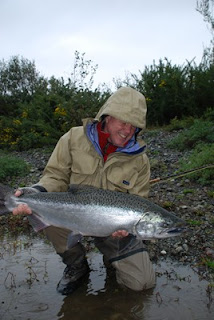 Since most years I'm so busy working and guiding, our annual salmon trip always involves at least a few days shared with clients.  Don is always gracious, giving everyone "first water".  He's also very humble about all his accomplishments as a fly fishing author and photographer.  If I didn't tell the clients who join us what Don did for a living, they'd just assume he was my fishing buddy, and a damned good one at that!  He always ends up befriending all my clients and invariably ends up doing things with them, or for them throughout the year.  He's just a great guy!
My wife and kids look forward to Don's arrival at our home during our adventures.  He always arrives with arm loads of gifts.  When my boy's were little and still into toy's he would always show up with really cool toy's for the boy's.  Air-rifles, fly reels and lines, books, popcorn poppers, model airplanes, clothes, waders, rain jackets etc. etc. etc.  It seemed too, that a number of the gifts, especially from the toy stores would always appear as if they had been previously opened?  My wife and I laughed so hard during one of Don's visits around the holidays when he was on the living room floor with the boys, showing them how one of the toys worked, obviously having a little too much "first hand" experience with this particular toy.  It was almost like the boys had an older brother to play with.  In those days he fondly referred to his "playmates" as the "Finnerty Rugby Team".
So when Don showed up at the house the other day to join me for a day of swinging flies for early winter steelhead, he of course came with another arm load of "stuff".  In the pile, was a CD with Don's neat, hand-written title "Slugfest 2011".  The disk contained some of the images Don had shot while on a recent trip to the south coast with me and a couple of new clients.  I thought I'd share some of those images. 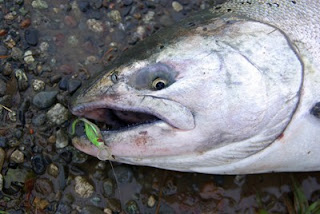 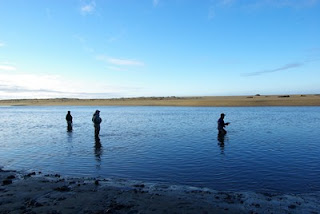 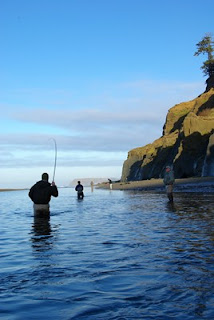 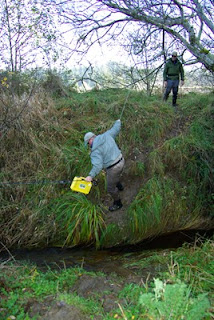 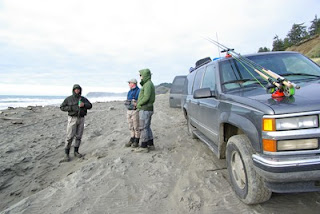 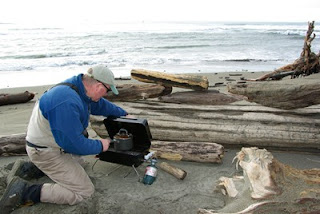 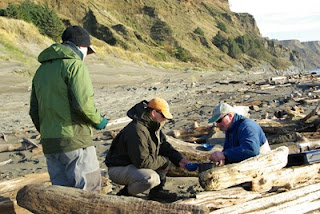 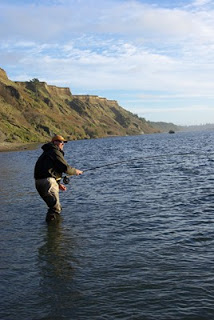 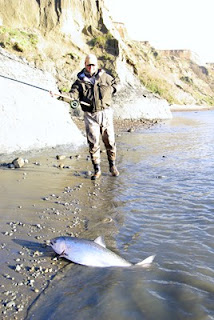 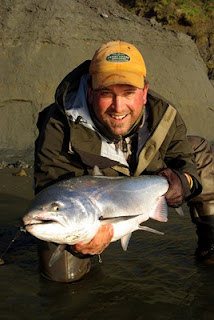 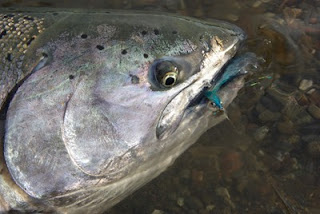 Don is a staunch advocate for our fish and rivers.  He always has been. Like most of the really great men I've had the privilege to call my friend and spend time on the water with, Don is a gentlemen.  He's an ethical and conscientious sportsman and very much un-interested in any recognition for all that he has done in a lifetime of efforts at protecting our incredible resources.  And I look forward to many years of friendship and what future adventures on and off the water we'll get to share.
﻿
Posted by Dean Finnerty's fishing and hunting at 1:01 AM